In this Engagermate Review I'll concentrate on how, based on its capabilities, Engagermate is an amazing timesaver, which in turn, means that it will not only SAVE you money, but will MAKE you money.

Why do I assert that? Well, once you start using or, better said, letting Engagermate run, you'll have so much time that you will be able to use for other profit generating activities. Think about it, instead of spending hours on end following people on Instagram and liking their posts and commenting, you can have this SAAS tool do the job for you. And believe me, it does a pretty good job at it.

My Experience with it 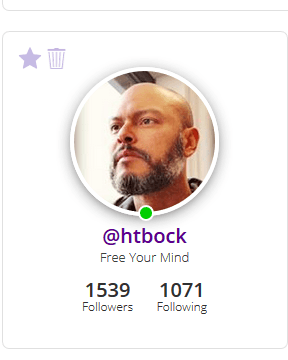 ​At the beginning of the test

I have an Instagram account that I decided to use with Engagermate for this review, the handle of the account is @htbock and, when I started using Engagermate, it had 1539 followers. Now, as I write this, the account has 2168, and that in a period of about 18 days, a little less than 3 weeks. ​The best way to do this is with images. ​

I want to clear up, that this account hadn't been touch for ​a bit over a year and a half, since September 2017, with the exception of 1 post done in January 2019 as I was on vacation in Newcastle and got inspired to post ONCE.

Since then, starting on the 11th of April, two days after letting Engagermate do the engagement of my account for me, I've posted 9 times.

Another thing that changed a LOT was the amount of visits to my profile in a last seven day, which is a statistics that gets shown everytime you open your Instagram account. What was it at the beginning? It was basically ZERO. Remember? The account wasn't being used, it was just ​there dormant. 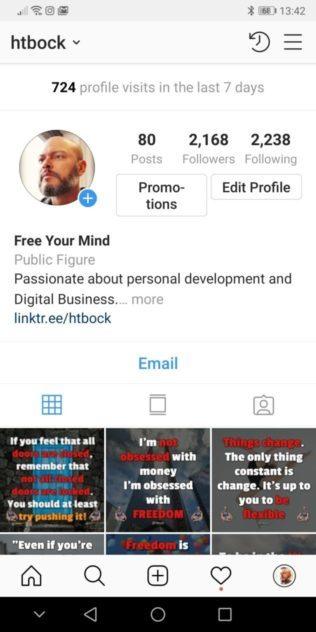 At the end of the test

What numbers do I have at the end?
​That is basically 3 weeks of just seeing how the numbers go up and up  and up. Notice the profile visits, 724 profile visits in the last 7 days. And I'm sure it will just keep going up and up. That's when you can start directing people to the link on your BIO. That's when you can start doing shout-outs and stuff that generates an income.

The best part of it all? You only need to invest time AT THE BEGINNING​ ​to set everything up and, after that, the program's AI takes over and produces results.

​​​So, how does Engagermate work?

As I just said, you only need to set it up and that's it, it runs LITERALLY on autopilot.

You can also follow and like based on location, which is one of the TOP FEATURES of the program, because it allows you to go after the local market, which in a lot of places offers huge opportunities for the ones who take action.

Engagermate ​can also be configured to UNFOLLOW people automatically. However, this is one of the situations where you have to manually intervene, because it can only follow OR unfollow at a certain moment in time. It can't do both things at the same time. Which makes me think that it's something related to Instagram's algorithm.

In the three weeks, I had three different account ​speeds: Slow, ​Medium and ​Fast. That has to do with how many accounts are followed or liked and how fast. This is again, because Instagram likes accounts to be warmed up, so to speak.

And that is what makes Engagermate special, it uses artificial intelligence so that you don't have to, saving you the time to having to FIGURE IT OUT by yourself, spending countless hours of your time trying to learn a ​strategy that might or might not work out for you. With Engagermate, it's all done for you and I love that. 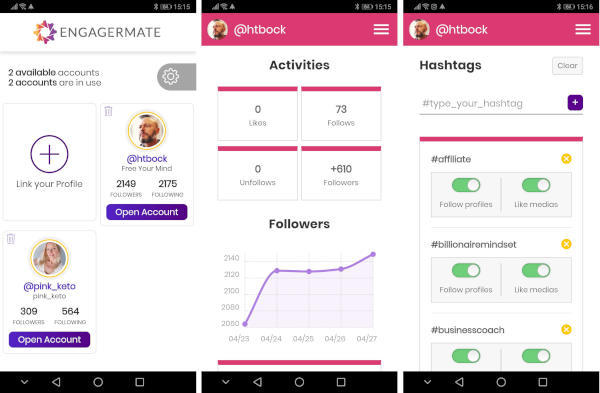 Engagermate is not just a cloud program that you run on your desktop. In my opinion that's the most comfortable version. However, there is an app, with versions for Android and iOS that you can download from the member's area. With this app, you can setup everything as well and it does give you a bit more instructions when you're starting.

In fact, you setup everything in the app with a wizard that asks a ton of questions that help it setup everything. ​Then you can continue ​on the desktop if you want to make extra changes or optimize stuff afterwards. 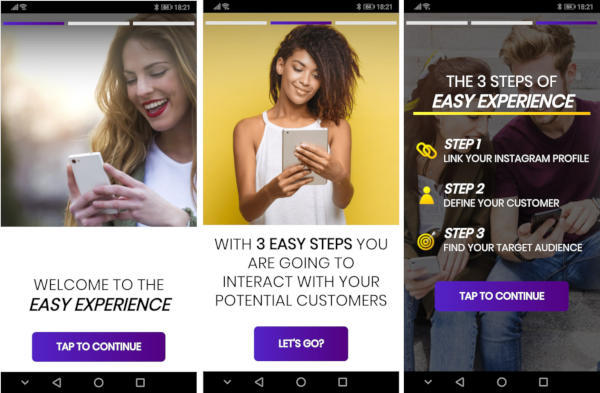 It has to do with the REPORTING capabilities of the program. You only get a few reports in the "Reports and Statistics" section, but they are not modifiable.

In all honesty, there is an "Optimizer" section on the Dashboard, that gives you the option to drill down on the hashtags, the users and the locations you've picked, with the idea of finding out which of those has produced the best results. So that you can then, modify your hashtags, users or locations to get even better results. Another lovely feature.

​Optimizing based on accounts

So, even though, the proper reporting is not as versatile, this NEW optimizer makes life even easier.

The other thing that I don't like is that there is no TRAINING inside the member's area on the desktop. Not that someone needs much training, since it's just a matter of setup and letting it run by itself, and you do that on the mobile app. However, it would be good to have videos to explain how to ​change or optimize stuff up ​using the optimize options, for instance. The way it is, you just have to figure it out.

Don't get me wrong. It's not that there is not training at all, it's just that it is in the form of a VIP webinar, most likely with replays. And very possible that it will be added to the member's area afterwards.

Well, THERE ARE NO OTOs!

The funnel consists of ONLY a front end product. Here is what Luke Maguire says about this decision: 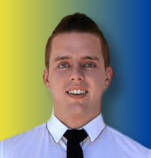 ​I’ve decided to completely change the game on this one & ensure that 4-5 figures are put into your account EVERY SINGLE MONTH with what will be the number 1 recurring launch of
all time in zoo, because Engagermate will start getting you followers & engagement within the hour… it’s that simple.

As you can see, the idea is to help us affiliates with recurring commissions. Hey, I welcome that and for the customers that means that the product has a LONG SHELF LIFE. Something that, sadly happens in this niche a lot, is that products that are a one time payment, as nice as that is, get abandoned. At least we know that won't happen with Engagermate.

So, how does the funnel look? It's just a Front End product and you get all OTOs included.

I love Engagermate! Why? You might ask... well, it can give you FREEDOM. Freedom from slaving after follows and likes and, if you use the new DM option, you can even create automatically sent direct messages when people follow you. What's not to love?

The interface is clean, understandable and beautiful. You can tell that this is a PROFESSIONALLY developed product and that the intention is for it to be around for a long time.

It DEFINITELY is a buy from me!

​Enjoy the FREEDOM that Engagermate provides

By getting Engagermate over my link above, you'll get access to these amazing relevant bonuses, but they go away when the countdown timer hits zero: 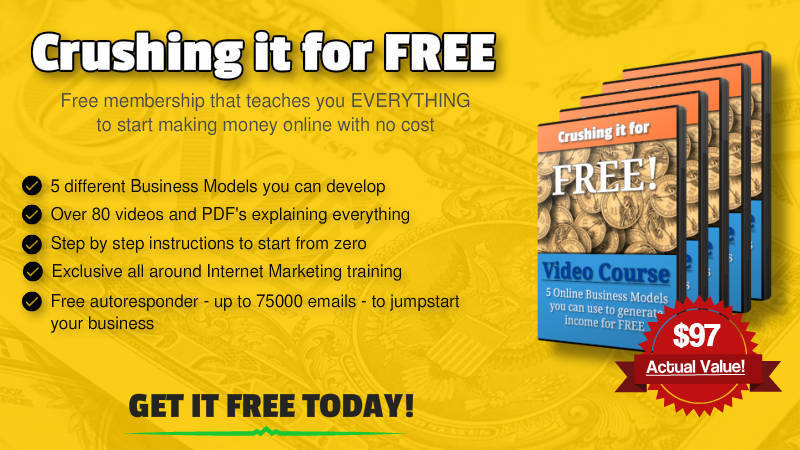 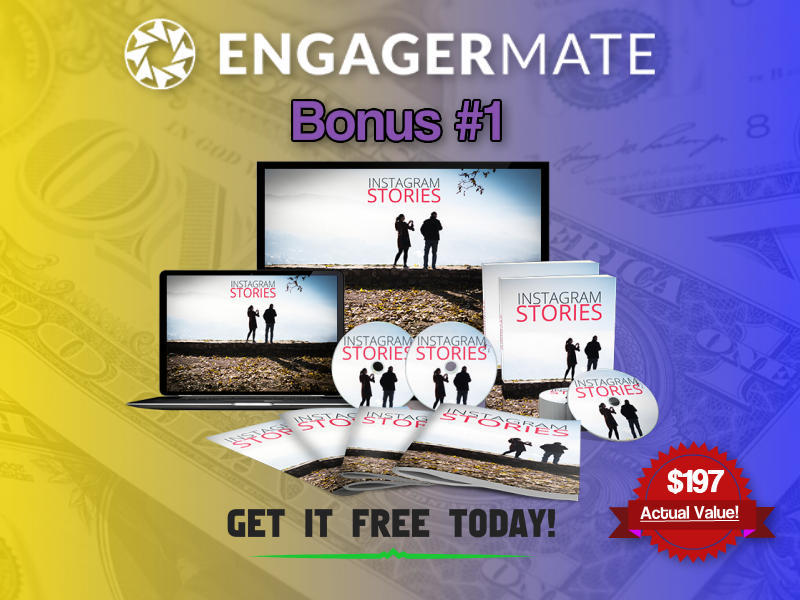 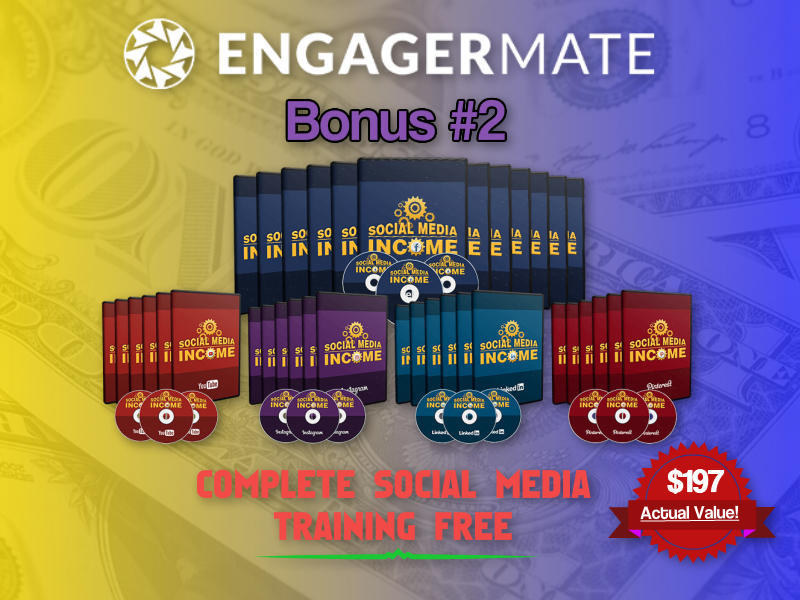 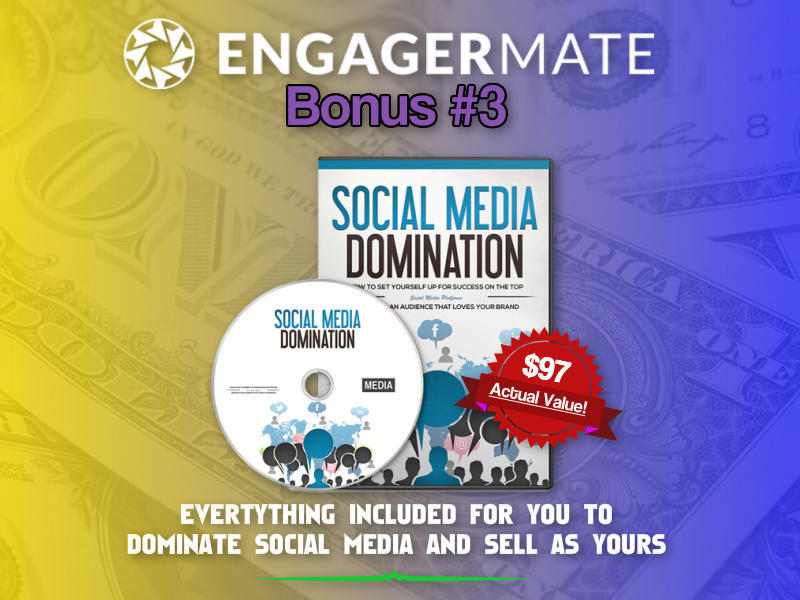 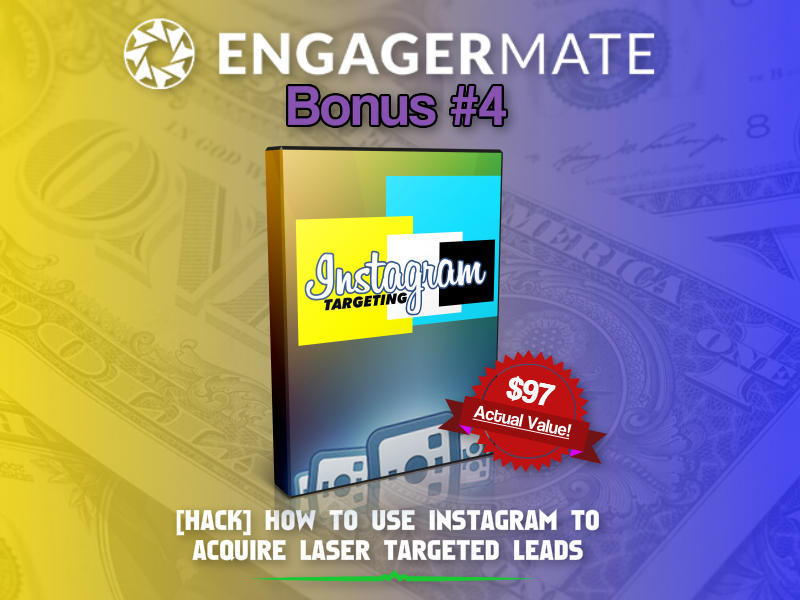 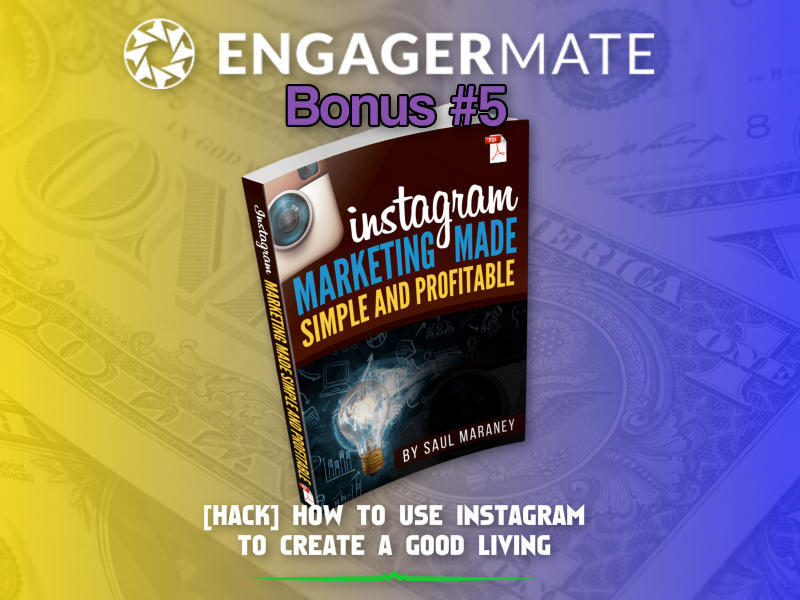 To comply with the FTC ruling over bloggers getting paid to write stuff, I hereby offer this disclosure policy.

If you're reading this review site/blog, you should assume the following:
- My main purpose is to make money from each and every post and page on this site.
- The links on this site, when not otherwise pointed, are affiliate links. That means, when you click on them and spend money, I will receive a percentage of the purchase price.
- The products that I review on this site are, when not otherwise pointed, provided to me for free. However, I make no promises to the product owner that he's going to get a positive review whatsoever. I keep my reviews honest and simply talk about my experience and perception of their products as an end uses.